Responding to the recent dramatic shifts in the ways in which we’re engaging with our physical environments, Printed Matter is proud to present I Was In The Middle Before I Knew That I Had Begun, a new curated series of Fundraising Editions by artists Moyra Davey, Coco Fusco, David Horvitz, Joseph Kosuth, and Louise Lawler. The title is drawn from a line by Jane Austen which appears in Kosuth’s print, and alludes to how each of the artworks poetically reflects the precarity of our collective experience, while embedded with a sense of movement and futurity brought on by the possibility of revolution. These newly produced editions were generously contributed by each of the artists in support of Printed Matter and its continued mission as a vital platform for artists’ book publishing.

Fundraising Editions are a significant means of support for our many programs and services, and all the artists that we represent. Since the beginning of the quarantine in New York City, Printed Matter has been developing and implementing various initiatives alongside the artists’ books publishing community, as well as engaging the public through various online programs.

In our efforts to contribute to this critical time of collective resistance against police brutality, 20% of the proceeds from the sale of these editions will fund organizations continuing to support mutual aid efforts within local communities in the ongoing movement to protect Black lives.

3 Frames is drawn from 16mm segments of Moyra Davey’s latest film i confess, which triangulates the lives and work of three writers: the American novelist and essayist James Baldwin, the Québécois revolutionary Pierre Vallières, and Quebec/Ottawa-based political philosopher Dalie Giroux. During the film’s making, Davey arrived at the work of each figure in succession, with Baldwin’s 1962 novel Another Country as its point of departure. As the film progresses, a thread connecting themes of race and poverty, language and nationalism is established while Davey entwines a personal chronicle of the 1960-70s – a turbulent period of Québécois history marked by separatism and violence, that remains unresolved today.

Moyra Davey’s work comprises the fields of photography, film and writing. Recent publications include: i confess (2020) published in conjunction with the film; Index Cards (2020), and Les Goddesses/Hemlock Forest (2017). Her work has been exhibited in institutions around the world, and is held in major public collections, including the Museum of Modern Art, NY, Metropolitan Museum of Art, NY, and Tate Modern, London. She is a 2020 recipient of the John S. Guggenheim Memorial Foundation Fellowship. She lives and works in New York.

Dr. Li Wenliang was the first to sound the alarm about the escalation of what became known as COVID-19. Before his eventual death, he told the magazine Caixin: "I think a healthy society should not only have one kind of voice." Wenliang’s statement is uttered in various languages in Coco Fusco’s video A Censured Prescription. A murmur of a crowd is constructed out of voices from different locations, recorded while in quarantine. Voices belong to Fia Backstrom, Chang Yuchen, Coco Fusco, Nicolas Dumit Estevez, Chitra Ganesh, Emily Jacir, Paolo Javier, Tammy Nguyen, among many others, including Dr. Jane Kim of Brooklyn’s Kings County Emergency Room.

Coco Fusco is an interdisciplinary artist and writer based in New York. Her performances and videos have been presented in the 56th Venice Biennale, Basel Unlimited, Frieze Special Projects, the Whitney Biennial (2008 and 1993), BAM’s Next Wave Festival, as well as biennials in Liverpool, Shanghai, Sydney, Kwangju. Her videos are in the permanent collections of The Walker Art Center, the Museum of Contemporary Art in Barcelona, the Centre Pompidou and the Imperial War Museum. Fusco is the author of Dangerous Moves: Performance and Politics in Cuba (2015), A Field Guide for Female Interrogators (2008), The Bodies that Were Not Ours and Other Writings (2001), and English is Broken Here: Notes on Cultural Fusion in the Americas (1995). She is a recipient of Guggenheim, Fulbright, and US Artists fellowships, as well as a Rabkin Prize and an Absolut Art Award for art writing. She is represented by Alexander Gray Associates in New York and is a professor at The Cooper Union School of Art.

Sending art in the mail is an important and long-time method of production and exchange for the artist David Horvitz. notes from my library is in the form of repurposed sheets of embossed paper, folded to make lines, and then filled in with highlighted texts from various books in the artist’s library. Each edition presents a unique text, handwritten in watercolor, ending only once the page is covered entirely. The work is sent directly through the mail as a large postcard, where—in its handling—it will accumulate its own history, before arriving at the final destination. Since the pandemic, Horvitz whose daily routine is usually spent meandering around the city, found himself wandering through his library, rediscovering forgotten books. The texts are culled from books by John Berger, Rachel Carson, Jenny Odell, Jerome Rothenberg, Rebecca Solnit, and others.

David Horvitz was born in 1982, in Los Angeles, USA, and currently lives and works in Los Angeles. His sprawling practice includes mail art, artist books, photography, video, performance. He has widely presented his work in solo and group exhibitions, including the New Museum, New York; Jan Mot, Brussels, The Museum of Modern Art, New York, Bielefelder Kunstverein, Kunstverein Nürnberg, and The Kitchen, New York. Horvitz’ prolific artist’s book practice include How to Shoplift Books (2019), Mood Disorder (2015), Somewhere in Between the Jurisdiction of Time (2014), Sad, Depressed, People (2012), My Grandma’s Recipes (2011). In 2013, he founded Porcino gallery in Berlin.

The texts used in this edition build on Joseph Kosuth’s Existential Time series, which is scheduled to be shown in the US for the first time in late 2020. As a reflection on the gap that holds together beginnings and ends, Kosuth’s Existential Time endeavors to punctuate the lack, limits, and surplus of meaning surrounding the narrative experience of time and life, while exploring the powerful and finite territory of the present. These texts are used to ‘draw’ the map of a possible play of meaning, like a diagram of an unknown entity: the architecture of uncharted thinking. This work continues the artist’s use of readymade texts, and appropriation strategies that he initiated in the 1960s. Existential Time includes texts by writers and thinkers that represent a body of theory or literature that has made a significant contribution to present day culture. The meaning of these fragments stand independent of Kosuth’s, while being simultaneously employed by him in the production of meaning.

Joseph Kosuth (b. 1945) is a pioneer of Conceptual and installation art, initiating language-based works and appropriation strategies in the 1960s. His work has consistently explored the production and role of language and meaning within art. In 1969 Kosuth held his first solo exhibition at Leo Castelli Gallery, New York and in the same year became the American editor of the journal Art and Language. His nearly forty year inquiry into the relation of language to art has taken the form of installations, museum exhibitions, public commissions and publications throughout Europe, the Americas and Asia.

The eponymous two-line story was first encountered by Louise Lawler’s mother on the wall of a roadside café. The text has since occurred in the artist’s work on a few occasions; paired with a photograph of a living room (1985), printed on glass tumblers (1986), and as a wall paint and Letraset edition in varying dimensions (1993). The latter iteration was part of Songs of Retribution; a group exhibition consisting of a large number of women artists, curated by Nancy Spero at the Richard Anderson Gallery in SoHo. The directions for the 1993 work were to paint a wall a specific shade of pink, and to position the type in the center. Here, Lawler revisits the text as an archival pigment print edition with the certainty of the story distorted to reflect the instability of our time, and everyone’s incalculable fates amidst today’s concurrent crises.

Louise Lawler was born in 1947 in Bronxville, New York, and lives and works in New York. One of the foremost members of the Pictures Generation, in 2017 she was the subject of a one-person exhibition, WHY PICTURES NOW, at the Museum of Modern Art, New York. She has had additional one-person exhibitions at Museum Ludwig, Cologne; Wexner Center for the Arts, Columbus, Ohio; Dia:Beacon, New York; and Museum für Gugenwartskunst, Basel. 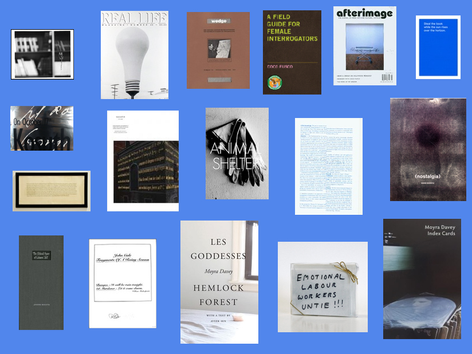