Image Language presents the work of New York artist Sarah Charlesworth (1947–2013), tracing elements of her creative output over the course of forty years, across her formative involvement in art publications to her later camera-based projects. Charlesworth worked serially throughout her career—in the sequenced format of magazines, in her production of photographs, and in her methodical and thematic organization of reference images. Bringing together publications, ephemeral materials, and photographic works from the artist’s archive, the exhibition focuses on Charlesworth’s early formal and conceptual strategies, exploring how she utilized photography and appropriation to investigate the cultural influence of images.

Associated with the Pictures Generation of the late 1970s and 1980s, Charlesworth’s art production comprised numerous investigations that challenged and exposed forms of representation. As one of the first of the postmodern artists to re-purpose found images, Charlesworth adhered to a regimented practice of gathering and archiving images from newspapers, press clippings, advertisements, and cultural magazines ranging in type from fashion to lifestyle to pornography. Charlesworth’s work was shaped by the idea that an image contained references to a history of other images, and that this quotational gesture functioned as a strategy of access and communal language. Learn more about the exhibition.

Using the exhibition as a guide, Robinson and Lange will look at Charlesworth’s long engagement with publications, including writings, artists’ books, and her early involvement with the magazines The Fox and BOMB. They will also share and discuss process material drawn from the Charlesworth archive, including the artist’s image research, production paste-ups, and experiments from her photographic projects.

A new detailed guide to the materials that make up Image Language, including extended texts, installation images, and interior views of publications by Charlesworth. This resource document provides insight into the artist’s process and progression as an artist over a thirty year period.

The archives of Sarah Charlesworth

In putting together Image Language, exhibition curator Christine Robinson and Printed Matter were able to work closely with the Estate of Sarah Charlesworth to draw material directly from the artist’s personal archive. The archives themselves, located in Greenpoint, Brooklyn, offered an in-depth look into Charlesworth’s varied practice while giving a fuller view of her approach to working with images both in publications and later camera-based projects.

With more than a hundred boxes on-site, the archives include project notes and source materials, newsprint clippings, critical writings, handwritten letters, objects, and more. The material gives both a fascinating behind-the-scenes look into the artist’s working process, as well as other facets of her thinking: her teaching methodology, her intelligence and rigor as a theorist of photography, and her broader engagement with images and how they might be inflected with cultural and political possibility.

The archive is meticulously kept and organized, first by Charlesworth and later by her Estate, including numerous image banks that show the artist’s hands-on process for collecting and organizing the photos that were the foundation to her work. In one filing system, she accumulates reference and source images, carefully torn out of newspapers and trimmed from science magazines, according to a number of categories—“Explosions,” “Stars,” “Lightning,” “Planets (NASA Photos).” Some of these photos would go unused, while many others would be altered, enlarged or combined to comprise well-known series such as Stills, In-Photography, and Objects of Desire.

The archives also serve as a valuable documentation to particular moments of art history, with correspondence and meeting notes that speak to Charlesworth’s involvement in co-founding the New York branch of Art & Language, detailing the ambitions and challenges that characterized the group, and soon after their formation of the important art periodical The Fox.

In working on Image Language, there was a lot of material that simply couldn’t fit within the limited vitrines and walls of Printed Matter. And so here are some additional views into what the Charlesworth Archive holds—paste-ups, rough drafts, working notes, false starts and preliminary versions, as well as some shots of the unlikely, title sequence for Saturday Night Live which Charlesworth produced in 1985. 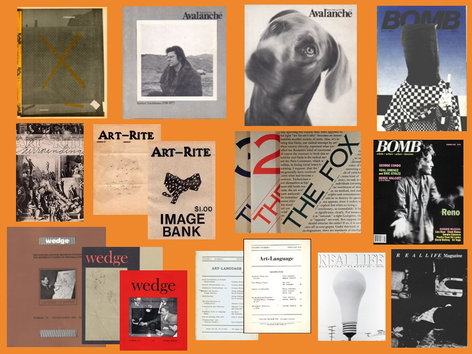 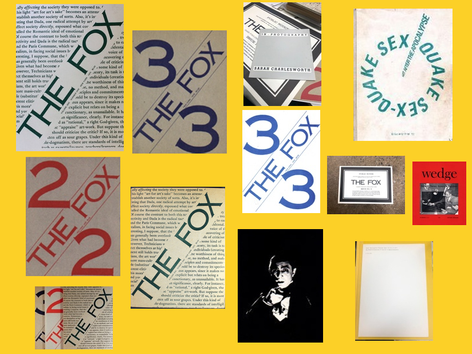