Will Holder and Alex Waterman

Yes, But Is It Edible? 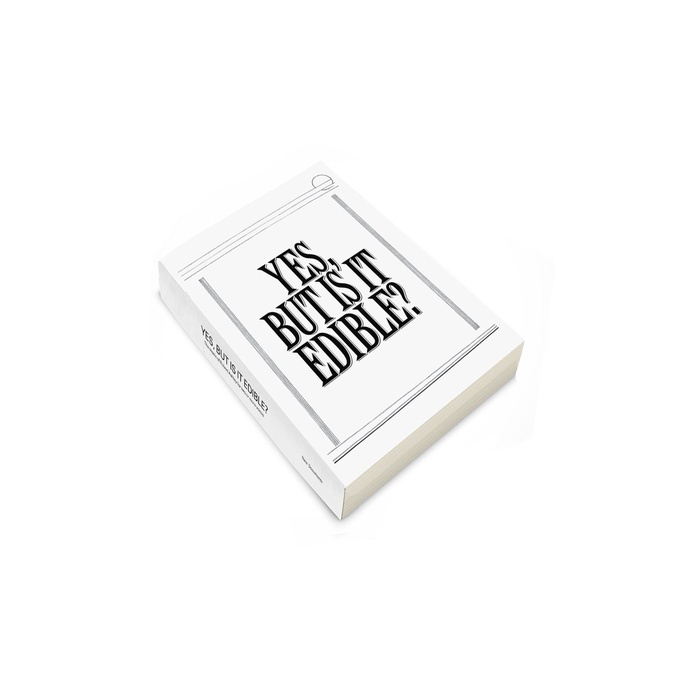 Please log in.
Out of stock
Add to table Facebook Tweet
Some years ago, Will Holder and Alex Waterman proposed to Robert Ashley that musicians and non-musicians might produce new versions of his operas, by way of typographical scores. The bulk of Yes, But Is It Edible? is a result of that proposal: scores for Dust (1998) and Celestial Excursions (2003). These operas’ characters have, until now, been solely produced by and are the stories exchanged between Ashley and his “band” (singers Sam Ashley, Joan La Barbara, Thomas Buckner, and Jacqueline Humbert); and in landscapes produced by “Blue” Gene Tyranny, Tom Hamilton, David Moodey, Cas Boumans, and Mimi Johnson—the result of a thirty-year relationship.
The scores for Dust and Celestial Excursions are preceded by a selection of Ashley’s work, from 1963 to 2008, drawing attention to the varying relations between instruction and score, and the tones of instructional address. Working with these scores gave us a better sense of how each one produces a specific mode of decision-making, telling us what to put on the pages of the scores, for any reader who follows.
Yes, But Is It Edible? is the fourth in a series of publications produced with or by Will Holder and Alex Waterman that a musicological perspective on scoring speech, and the role of printed matter in collective forms of reading and writing: Agape (Miguel Abreu Gallery, 2007); Between Thought and Sound (The Kitchen, 2008); and The Tiger’s Mind (with Beatrice Gibson; Sternberg Press, 2012). - New Documents