The Unfinished Reconstruction of Ujazdowski Castle 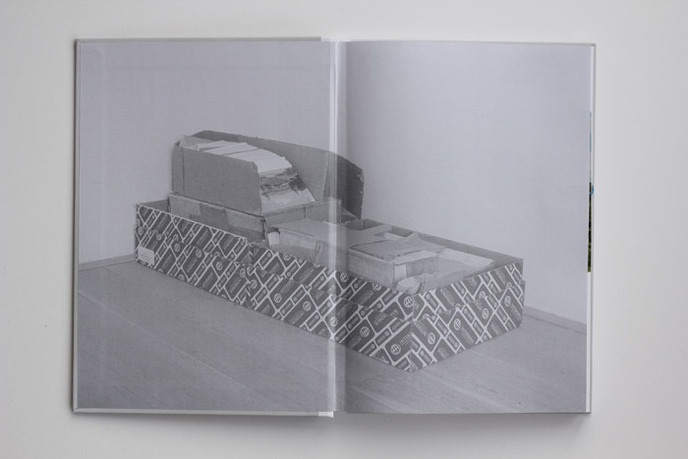 Please log in.
Out of stock
Add to table Facebook Tweet
It could be said that the unfinished reconstruction of Ujazdowski Castle began as far back as the twelfth century, when the castle first appeared on the landscape of today's Warsaw. Subsequently taking on such forms as fortress, summer home, hunting mansion, hospital, military barracks, school, and contemporary art centre, the castle has been revamped, expanded, knocked down, seized, burned, bombed, abandoned and restored through countless incidents of modification, destruction, and reinvention over the last eight hundred years.
For Lewis & Taggart, The Unfinished Reconstruction of Ujazdowski Castle began shortly after their arrival to Warsaw in the spring of 2012. Upon discovering several thousand identical postcards depicting the castle in the late 1980's, they set to work transforming the image into an alternate vision of the castle's continuous evolution. Repeatedly dissected, reconfigured, layered upon one another, and combined with material gathered from the castle grounds and the city of Warsaw, the postcards reemerged as a collection of collages, sculptures and assemblages, and were presented as an installation within the castle and as a publication.