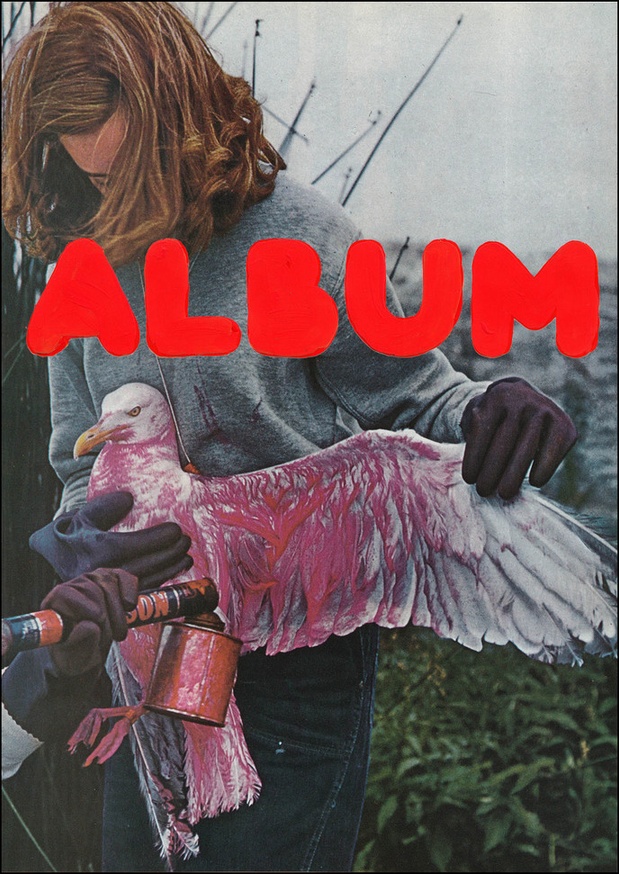 Please log in.
Out of stock
Add to table Facebook Tweet
Created entirely from found images, ALBUM collects the first ten issues of a zine by the same name begun by Eline Mugaas and Elise Storsveen in 2008. Comprised of full page photographic illustrations, advertisements, and other ubiquitous media images culled from etiquette manuals, cookbooks, travel magazines, craft books, fashion magazines, and sexual manuals, ALBUM reflects the popular imagery found in Scandinavian households from the 1960s through the 1980s.
The chosen imagery is then arranged across spreads, creating a sophisticated and humorous reading organized by a series of heavy themes such as  the lonely man, femininity, architecture, family, outer space, and nature. While seemingly whimsical, ALBUM provides a sophisticated meta-narrative on the human body, sexuality, and the social lives of images that places the reader in an uncanny arena that showcases how our media likely reads us.
Eline Mugaas is an artist who works in photography and video. Elise Storsveen is an artist who works primarily in painting, collage, and textile. Both artists live and work in Oslo, Norway. - Primary Information