Secret Garden: A Happening at the Middelheim Museum Antwerp, September 12, 2017 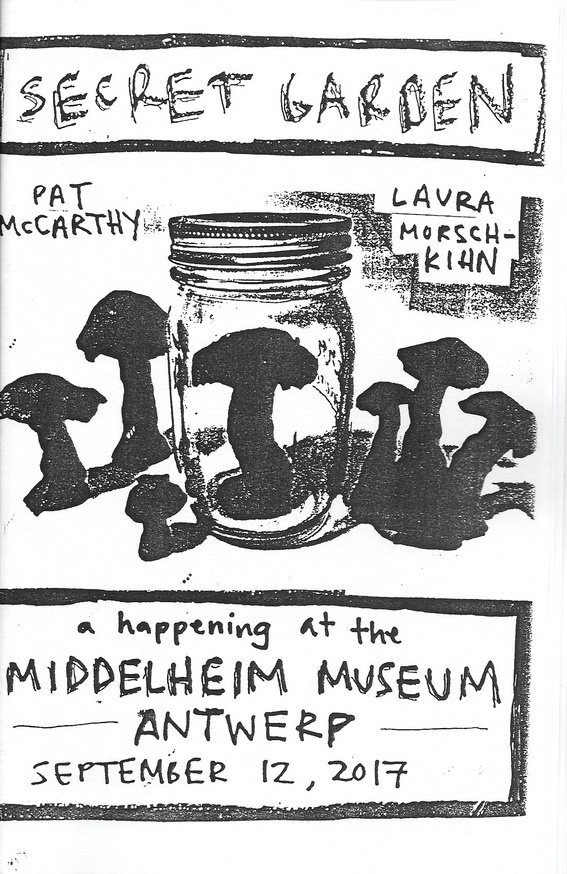 Pat McCarthy began his fanzine with the shocking title Born to Kill as he was trekking alone, on foot, throughout the United States. The fanzine appeared to him as the perfect medium for telling road stories about his wanderings while interacting with people whose paths he would cross along the way and beyond.