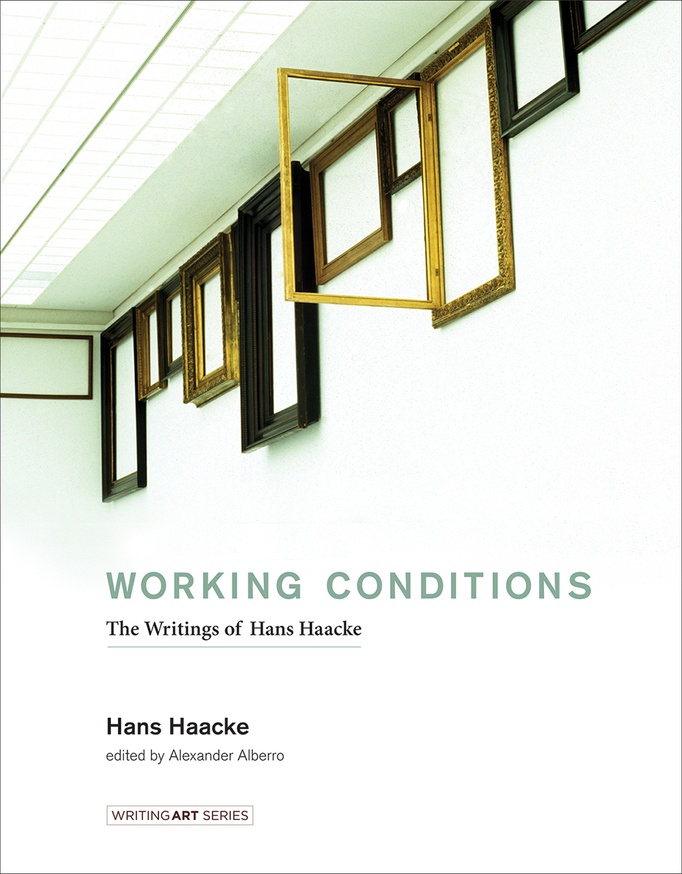 Hans Haacke’s art articulates the interdependence of multiple elements. An artwork is not merely an object but is also its context—the economic, social, and political conditions of the art world and the world at large. Among his best-known works are MoMA-Poll (1970), which polled museumgoers on their opinions about Nelson Rockefeller and the Nixon administration’s Indochina policy; Gallery-Goers’ Birthplace and Residence Profile (1969), which canvassed visitors to the Howard Wise Gallery in Manhattan; and the famously canceled 1971 solo exhibition at the Guggenheim Museum, which was meant to display, among other things, works on two New York real estate empires.

This volume collects writings by Haacke that explain and document his practice. The texts, some of which have never before been published, run from straightforward descriptions to wide-ranging reflections and full-throated polemics. They include correspondence with MoMA and the Guggenheim and a letter refusing to represent the United States at the 1969 São Paulo Biennial; the title piece, “Working Conditions,” which discusses corporate influence on the art world; Haacke’s thinking about “real-time social systems”; and texts written for museum catalogs on various artworks, including GERMANIA, in the German Pavilion of the 1993 Venice Biennial; DER BEVÖLKERUNG (To the Population) of 2000 at the Berlin Reichstag; Mixed Messages, an exhibition of objects from the Victoria and Albert Museum (2001); and Gift Horse, unveiled on the fourth plinth in Trafalgar Square in 2015. - The MIT Press