On Things as Ideas 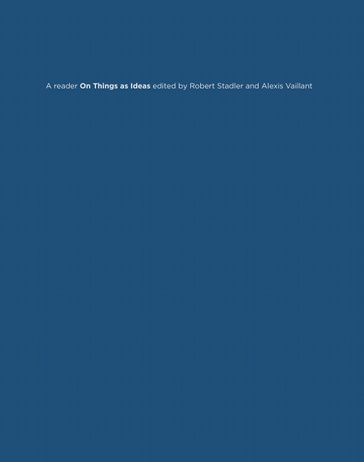 This collection of more than thirty texts, which were originally published between 1790 and the present day, explores man’s rich relationship with material things. Devised largely in response to the gradual breakdown of the divide between art and design that began over a century ago, this book sheds light on the ways that the concept of the thing as idea has been considered over time. Writers from different fields explore how things interact with materials, structures, and production processes while defining and registering the intangible qualities of the material world. Each author considers the different relationships between the context of a thing and its thingness, describing the ways in which things and ideas intersect.