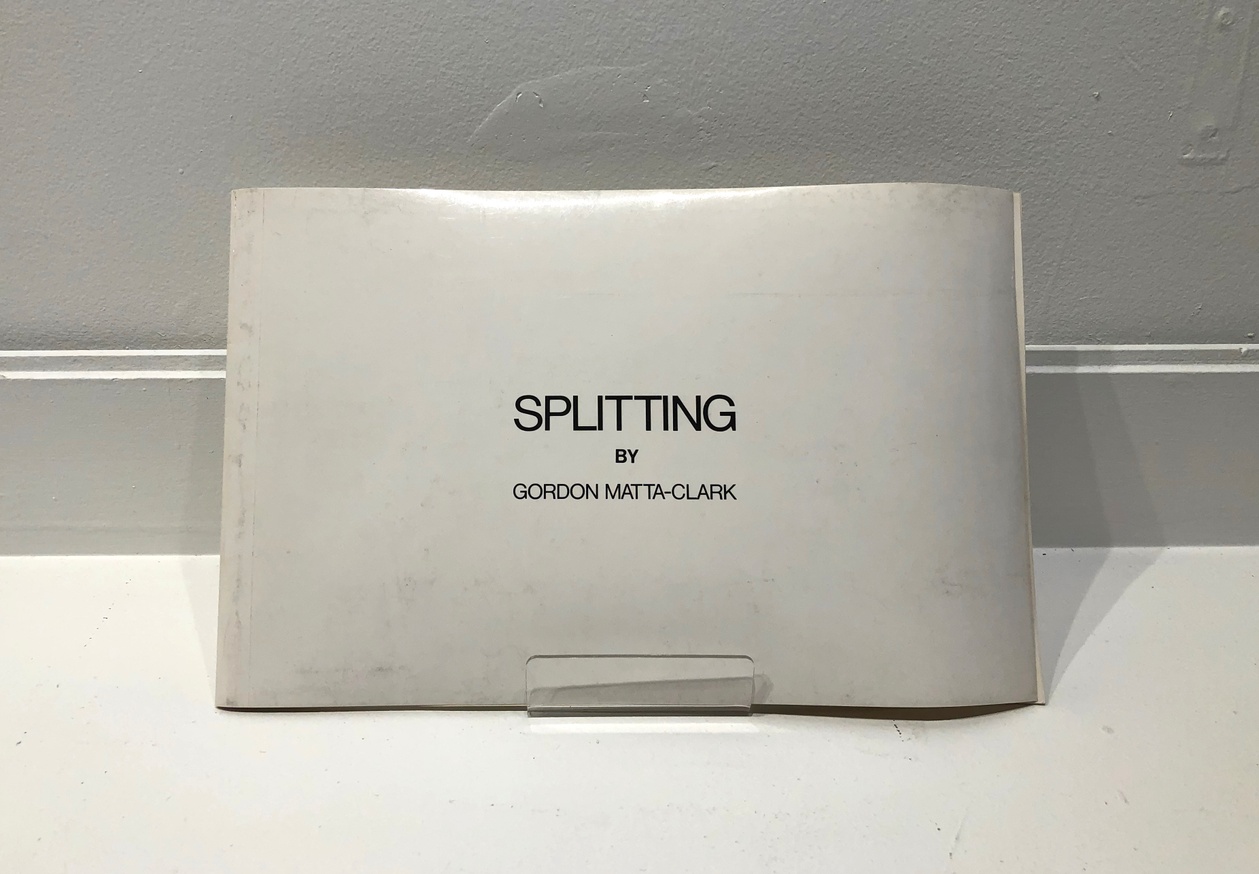 Splitting consists of photographic documentation of Matta-Clark’s Splitting (1974), in which the artist made an incision down the center of a New Jersey house that had been slated for demolition, and then removed all four corners of the house’s eaves. 322 Humphrey Street can be thought of as doubly cut in this work; first, in the original operation, and second, in the collage and composition of the photographs that make up the 34-page book. Sky and other backgrounds are occasionally subtracted from the photos, leaving only the white of the page where Matta-Clark made cuts in the depicted walls. In addition, the arrangement of the photos—layered and overlapping—creates an effect of disorientation, an impossible architecture that revolves around the axis of Matta-Clark’s initial anarchitectural lacerations.

The text is sparse and specifies the address of the house, the dimensions of the cuts, the process of stabilizing the house, and the date of demolition and removal (September 1974). The interior back cover includes an oversized fold-out page collaged from interior photos of the rooms.