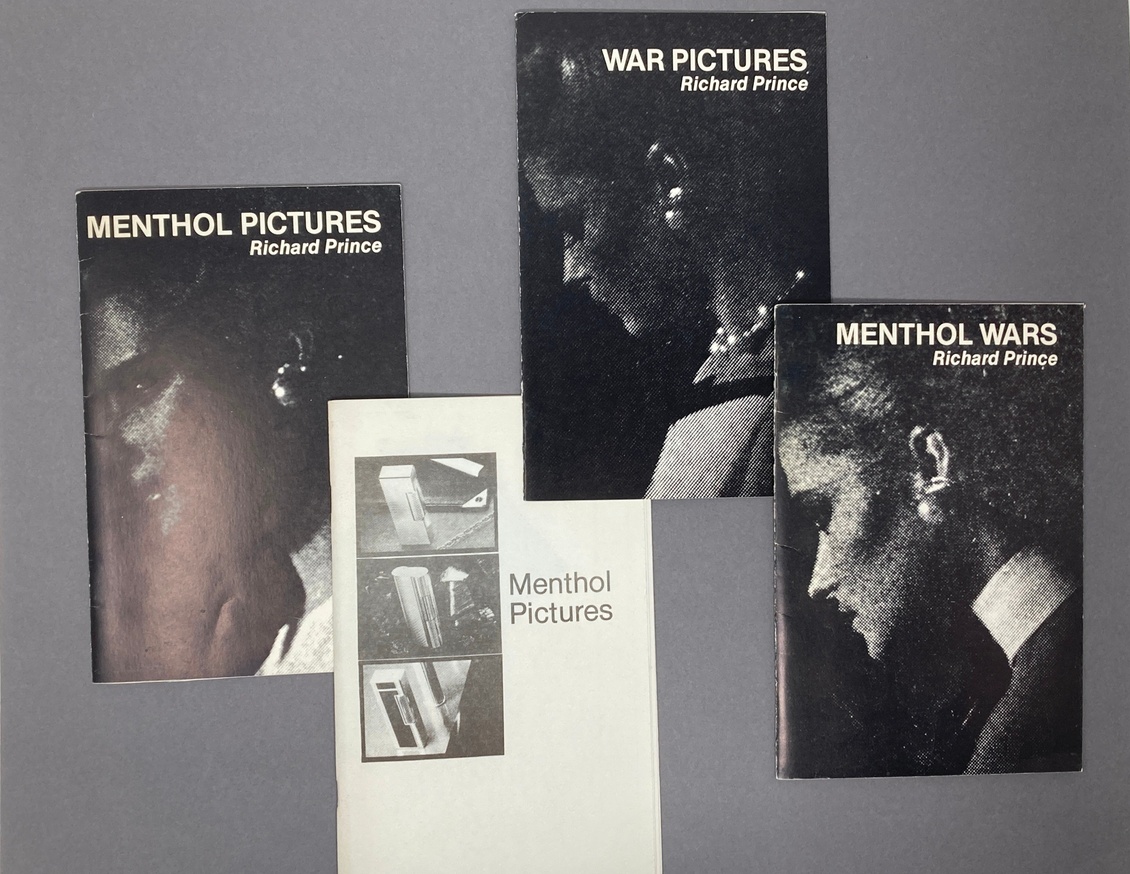 Richard Prince’s first and rarest artist book project consisting of a series of three staple-bound paperback books. Prince’s early appropriations are evident both through the text as well as cover imagery of early photo appropriations of advertisements. The books as a whole explore the distinction (or lack thereof) between one’s actual self and one’s commercial ideal. The narrative text of all three books is similar, but not identical to, its predecessor, with the final book made to accompany a window installation at Printed Matter.

War Pictures was published first in February 1980. An excerpt from its first page of text reads, “We are emigrants or experiments in transition. We were born in zones like ‘the white,’ ‘Panama,’ ‘the 96th.’ We adapt by distorting.” The text is separated onto different pages, providing visual and contextual breaks in the narrative.

Menthol Pictures was the second book of the series, published in June 1980 alongside an exhibition at the CEPA Gallery in Buffalo. It is separated into three sections – War Picture, Horror Picture, and Sex Picture – alongside a different appropriated photo of a model on the cover. An excerpt of the text reads, “He found the fact that the war had come to his ‘doorstep,’ ‘interesting.’ He found it interesting because he didn’t feel fear when he thought he should.”

This set includes one of 200 uncorrected proof booklets of Menthol Pictures.

Menthol Wars was the last of the three, published in October 1980 to coincide with an installation at Printed Matter’s space on Lispenard Street. It is the longest of the three and also has a different model on the cover. Unlike the others, it is paginated and has a table of contents that section of the narrative. An excerpt reads, ‘We went out with the same girl once and never got wise to her. What was bizarre about it was that we both had pretty intense relationships with her. I mean you have to understand this is true.”