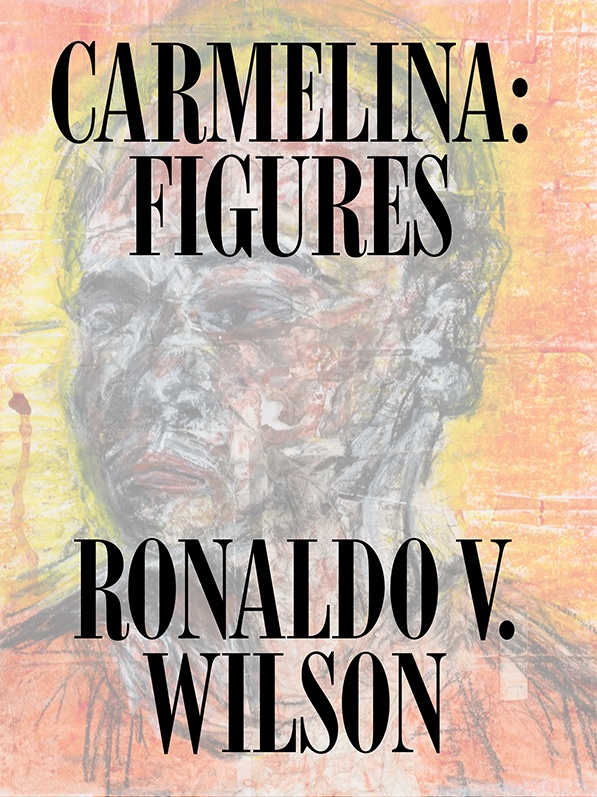 Ronaldo V. Wilson’s Carmelina: Figures excavates the territory between memory, nation, and embodiment, exploring place as a discipline of the body and an extension of the hand. Through poems, photographs, drawings, records of performance, and home movies recorded in Guam, Tennessee, and the Subic Bay between 1962 and 1979, Wilson reckons with familial heritage, diaspora, and legacies of militarism.

The book pays homage to Wilson’s mother, Carmelina, who served for most of her working life as a certified nursing assistant at Florin Convalescent, an assisted living facility in South Sacramento, California. A glut of signals and media recovers Carmelina’s vivid and urgent experience of exile from the Philippines to marry Wilson’s father—a Black American soldier—being disowned, and before that, of her parents’ assassinations during the Japanese Occupation. Through a visual logic of repetition and reenactment that works to unmoor sensory expectation and narrative logic, Wilson renders her figure as trace, melody against paper, drawing within song, mixed media, dance, and through improvised, masked, and recorded performances in the Berkshires, MA; Long Island, NY; Emeryville, CA; and Boulder, CO. Carmelina: Figures is a book of the Psoas, ice, smudge, and light.