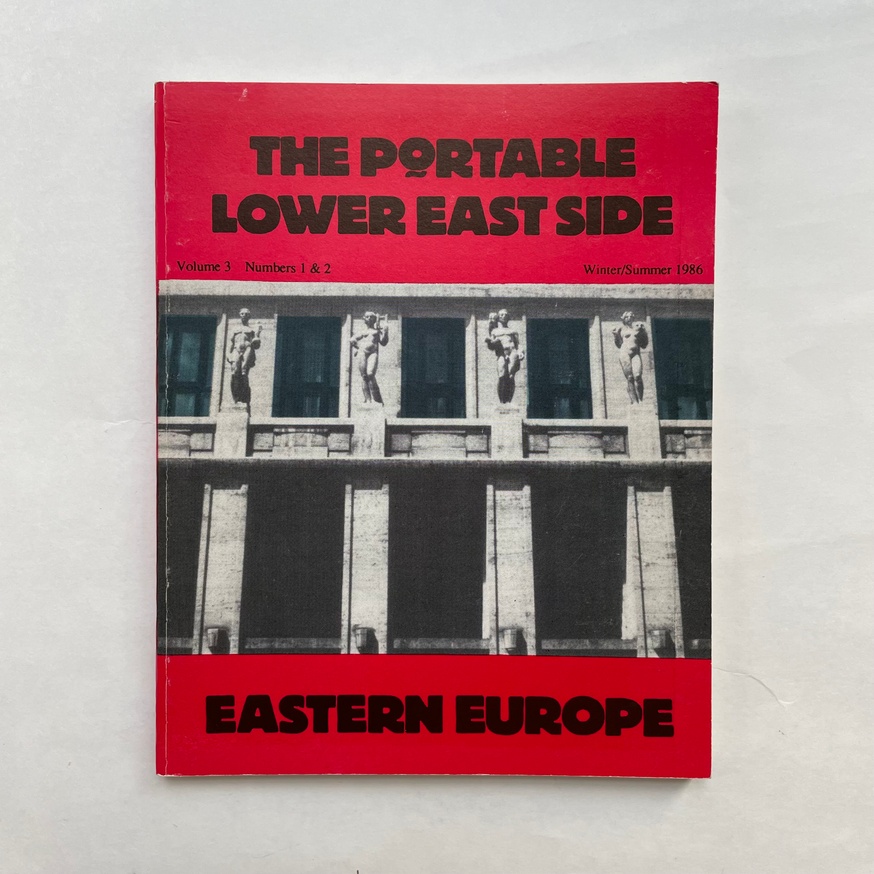 “The Portable Lower East Side was created as a cultural and art magazine of downtown New York City, a global center of art and literary production for over a hundred years.

From the beginning, PLES mixed short stories, poems, essays, photographs and artwork from the most diverse cultures within NYC, publishing works from communities not included in the mainstream culture of the city and its literary worlds. PLES focused on the city from as many different perspectives and genres as possible by publishing theme issues (Songs of the City, Crimes of the City, Live Sex Acts, Chemical City and Sampling the City), guest-edited issues (the New Asia, New Africa and Queer City issues), and by including work by non-professional writers who were personally and politically involved in what they represented, whether it be sex, drugs or crime. If this is considered “outsider” writing, then it is “outsiders” writing from an insider’s perspective.

To read Kurt’s full essay on The Portable Lower East Side, click “Free PDF” next to the “Add to Cart” button.

A collection of artists’ magazines past and present featured now in-store at Printed Matter / St Marks.