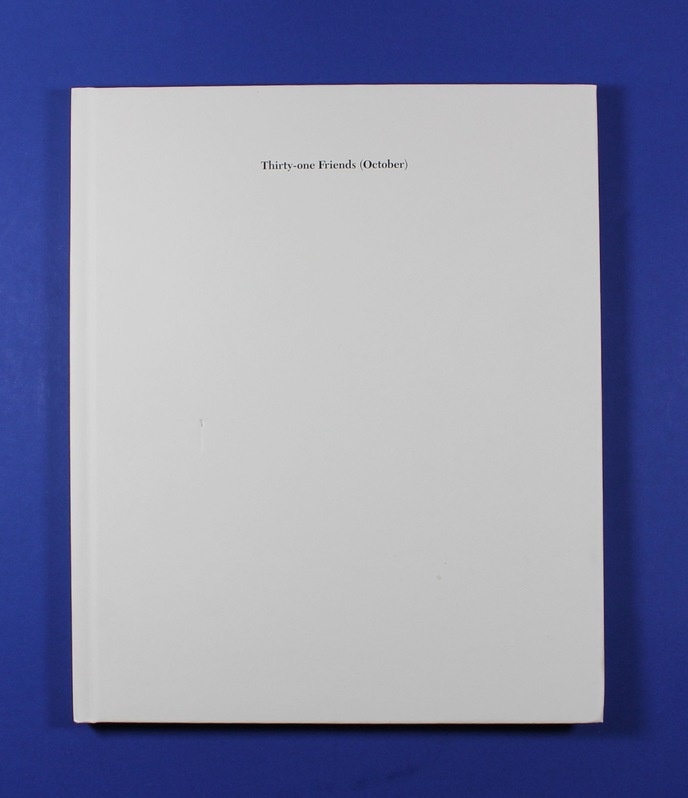 Please log in.
Out of stock
Add to table Facebook Tweet
James Benning designed this book to accompany his exhibition, "Thirty-one Friends," which Marfa Book Company hosted in the Summer of 2015. The book consists of short portraits-in-text written by James Benning for each of the thirty-one friends to whom the thirty-one objects in the exhibition were dedicated. Along with these texts are included a beautiful photograph of each object and a short description, also written by James.
The book closely resembles in format and layout a previous one, (FC) Two Cabins (by JB) which was edited by Julie Ault, designed by Martin Beck and published by Art Resources Transfer. That book explored several features of James' work as an artist, including his recreation of the cabins of Ted Kaczynski and Henry David Thoreau; his exploration of the name and concept, "Freedom Club," to which Kaczynski, also known as the Unabomber, attributed his famous manifesto; as well as Benning's patient recreations of work by several outsider artists, including Bill Traylor and Henry Darger.
The first book's exploration of James' work, and the work of others, through terms such as anarchism, isolation and solitude (Thoreau's essay of the same name was included) is nuanced by this one, in which friendship, affiliation and mutual respect are terms through which Benning's work, as well as that of his personal selection of forebears, his own Freedom Club, can be seen. - Marfa Book Co.