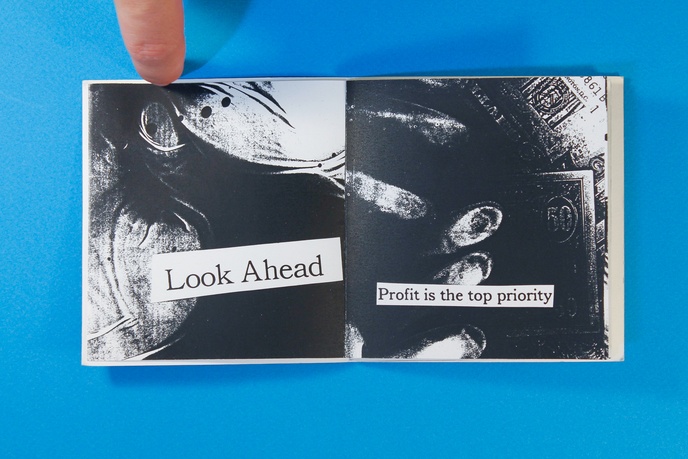 Please log in.
Out of stock
Add to table Facebook Tweet
Completed after the Gulf war, this unfolding accordion unleashes/ encapsulates a profit-motivated battle hymn send-up.

With armed conflicts raging across the world, and with the U.S. mired in its so called “war on terror”, the 21st century continues where the 20th century left off. Throughout human history, art has long addressed the theme of war and its consequences, usually within the broad mythic framework of heroism and tragedy. But in more recent history, from Goya to Guernica to the Guerilla Art Action Group, the tone of the art work dealing with the theme of war has become increasingly critical and complex. This sampling of artists’ publications represents a range of perspectives and attitudes in response to armed conflict.