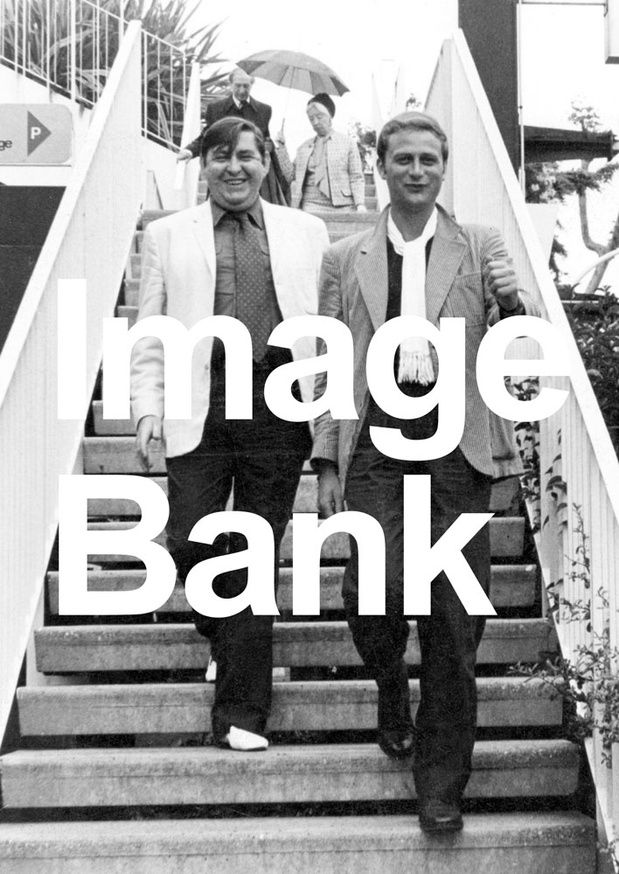 The first survey of the Canadian Image Bank collective, protagonists of mail art in the tradition of Ray Johnson.

Image Bank was founded in 1970 in Vancouver, Canada, by artists Michael Morris (born 1942), Vincent Trasov (born 1947) and Gary Lee-Nova (born 1943). A model for a utopian, alternative system of art distribution operating outside institutions like the museum and the market, Image Bank engaged in an international exchange of images and correspondence by mail.

Among the artists participating in the network of exchange with Image Bank were Dana Atchley, Robert Cumming, Dick Higgins, Geoff Hendricks, Glenn Lewis, Eric Metcalfe, Kate Craig, Willoughby Sharp, General Idea and Ant Farm. Image Bank also maintained close ties with Ray Johnson’s New York Correspondence School as well as Robert Filliou and his concept of the Eternal Network. Using frequently changing Duchampian, gender-crossing aliases, and appropriating and reworking images and texts from mainstream media was a subversive take on postwar individualism and consumer culture. Image Bank’s interest in the idea of the fetish—which it shared with General Idea in Toronto—in rituals, and in archives shaped the collective’s manifold activities until 1978, when, due to a copyright challenge, it was renamed the Morris/Trasov Archive.

This volume offers the most comprehensive retrospective of Image Bank to date.