Count Thereof Upon The Other’s Limbs 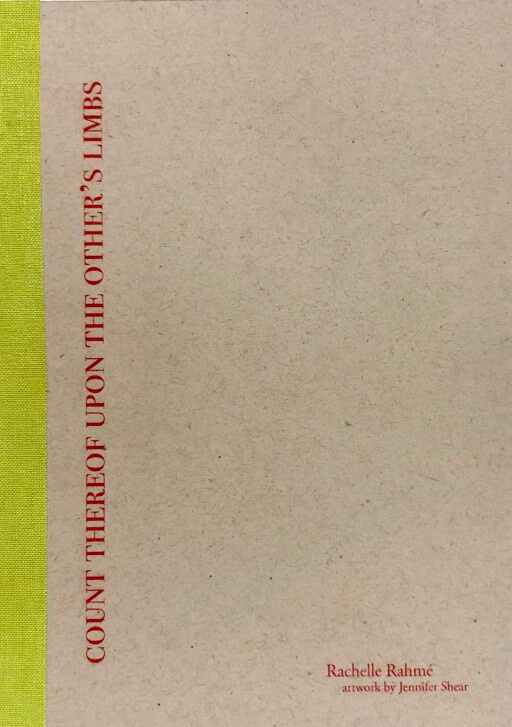 Part poetics rejected by philosophical discourse, part impressions from itinerate city life, the collection of poems in Count Thereof Upon the Other’s Limbs written from 2018-2019 articulates a new political position, the “puce commodity.” When the blood itself is sentient of commodification down to the marrow, it congeals, pausing to reflect in its dark interior of tunnels. These poems speak from this ontological capacity for labor, recurrence and desertion.

Rachelle Rahmé (Jounieh, 1986) is an artist, writer and philosopher. She has published essays, fiction and poetry with Aventures LTD, VLAK, the Blue Letter and FPBJC. Her art and theory practice has been presented at Microscope Gallery, Bortolami, Eli Ping, Kavita B Schmid, PS1, The Kitchen and The Stone, among others. Poetry is her most mature art form, and Count Thereof… is her first monograph. On her current work, she writes: “Materialism is a pool motif - a precarity, not a promise. My aim is not a pose for permission before the reflected world, but to use appearance and contradiction as rippling axioms to see between.”