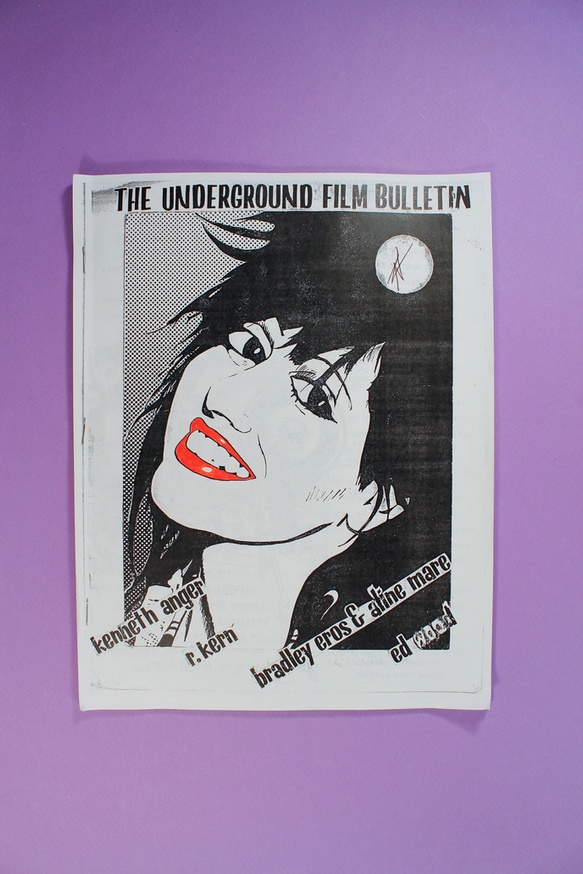 The Cinema of Transgression was an anti-mainstream agenda started by Nick Zedd in New York in the early 80’s. Politically going against the grain of generic America and it’s homogenized artistic bourgeoisms, Zedd and his cohorts created cinematic realities that popularized what can be loosely termed as punk rock filmmaking. Startling scenarios against a backwash of dramatic abrasiveness – the films of the Cinema of Transgression are distinct in their confrontational attitude and electrifying independence.

Considered by followers of underground cinema to be the important radical lynchpin that unabashedly reveals core layers of New York’s East Village and Lower East Side pre-gentrification, Cinema of Transgression is an obvious influence on generations of artists.

Having introduced the meme “transgression” into our culture in 1979, I added insult to injury by writing the Cinema of Transgression Manifesto in 1984, announcing a new movement and publicizing our activities in the pages of a self-published zine called The Underground Film Bulletin.

For seven years we covered the crimes of celluloid subversives on a hermetic path while making dirt-cheap atrocities in Super-8 and 16mm, shocking the pants off of an otherwise complacent public.

The Cinema of Transgression had a dedicated following, in spite of a media blackout. To overpower the censorship of omission, we put out the UFB. Many people loved it.

The UFB provided the first and often only critical recognition to many unknown artists during its 7-year run.

Some documentarians make the mistake of hyping those who are endowed with some level of fame first and foremost, pushing the inaccurate notion that the Cinema of Transgression had immediate predecessors when in fact our movies emerged in a vacuum and were quickly buried by the gatekeepers of consensus reality, to be exhumed decades later by reactionaries conveniently exploiting authenticity for their own self aggrandizement.

The Underground Film Bulletin issues 1 to 9 were self published by Orion Jeriko aka Nick Zedd (and other aliases) from 1984 to 1990 in NYC. It was the most comprehensive coverage of underground filmmaking in the world, and included articles, interviews and art by and about the Cinema of Transgression (Nick Zedd, R. Kern, Lydia Lunch, Manuel De Landa, Tommy Turner, Lung Leg, Kembra Pfahler, Casandra Stark, etc.) as well as No Wave filmmakers Beth & Scott B, the Vienna Actionists, Jack Smith, Andy Warhol, Jon Spencer, Amos Poe, G.G. Allin and many more.

“Transgression Cinema” came out of nowhere and was hated by everyone in power and remains so to this day.
Our movement achieved pariah status by virtue of our unrelenting attacks on dominant culture using the cheapest available tools.
We proved that amateurs have more integrity than professionals and those who ape technical proficiency at the expense of authenticity show what pussies they are.
That still pisses off a lot of people.
Our work is exploitable to future generations immersed in the big simulation that passes for life on this prison planet.
The UFB had a cutting edge, raw quality to it, inspired by zines like Punk and Mad Magazine, never taking itself too seriously.
Derision and satire were important components of its aesthetic thrust.
It is considered by many to have been the finest crudzine of the ’80s.