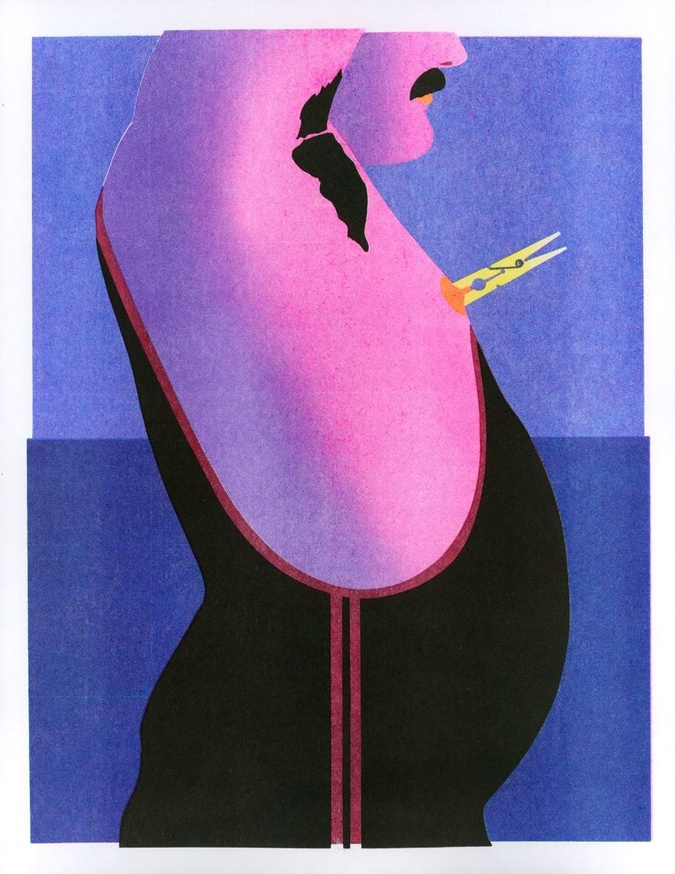 Iacono’s work plays with themes of fetishism and queer culture in relation to mundane nuances of the everyday. The relationships of the figures and ordinary objects elicit an unexpected and humorous eroticism. In Clothespin, the original function of a clothespin is called into question and its meaning replaced with a fantasy of physical pleasure.

Anthony Iacono (b. 1987 in Nyack, New York) works within the mediums of collage, painting, and video, producing art that recontextualizes everyday objects within absurd and fetishitic narratives. Influenced by 1980s erotic thrillers, queer horror films, and Japanese woodblock prints, Iacono produces tightly controlled compositions that focus on small moments suggestive of broader, often sexual, contexts. Drawing on themes of control and desire, Iacono’s work utilizes the humorous and theatrical possibilities of pleasure and perversity. Anthony Iacono has exhibited work both nationally and internationally at P.P.O.W. Gallery, NYC, Spazio 22, Milan, Italy, The Approach, London, and Marinaro, NYC. Iacono was a 2019 Artist in Residence at the Museum of Arts and Design, NYC.