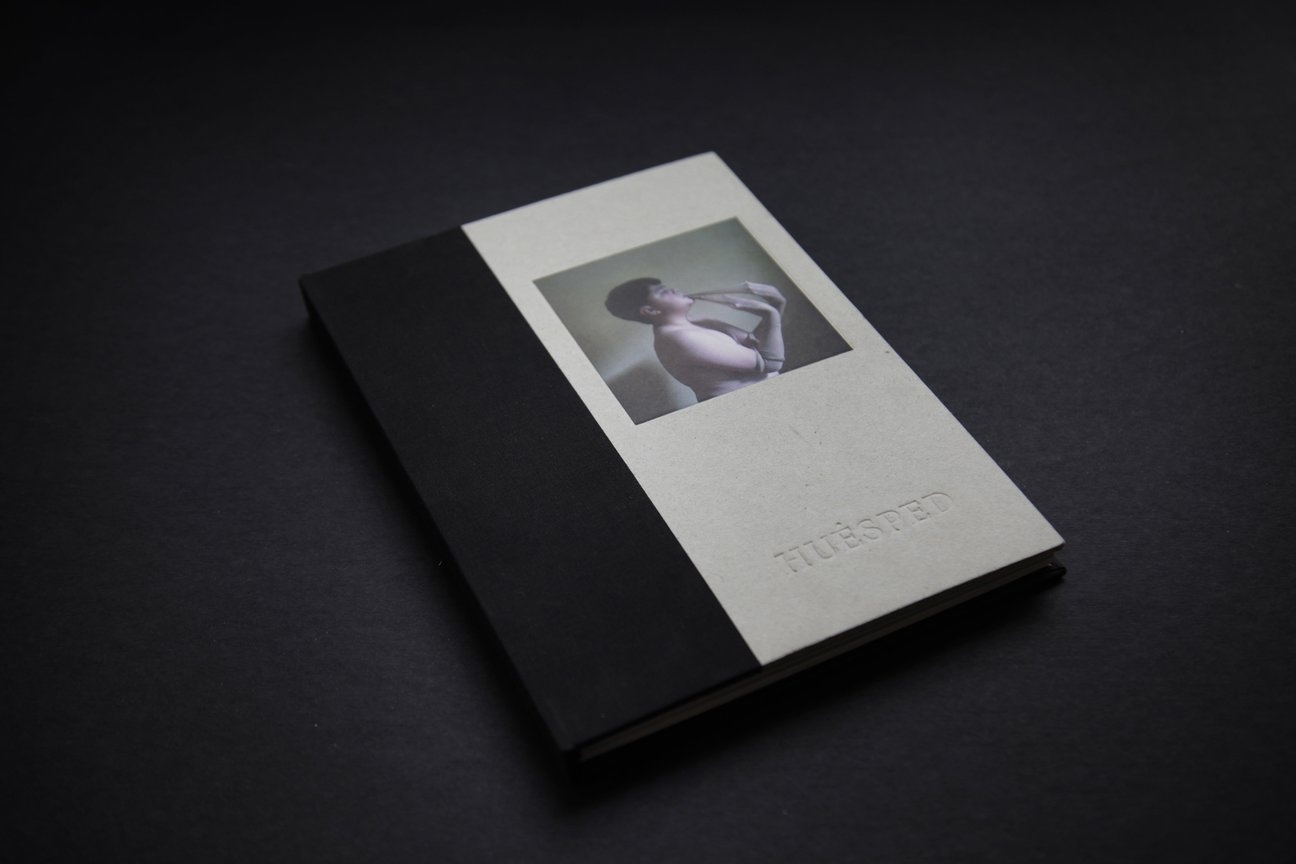 Huésped by Diego Moreno is a photobook published in Mexico by Inframundo. Through images and written passages, Diego Moreno narrates the complexity of his family history, one that is marked by disturbing cycles of domestic violence, machismo and Catholicism. This photobook takes the form of a family album, and allows the author reflect on the fragility and complexity of the human condition, both hostile and tender. Huésped has been developed over the course of six years, during which Moreno has explored his own identity through photography, using it as a means to bond with his family, creating and recreating scenes. Huésped allows us to enter into this complex web of relationships, while they are simultaneously transformed through the process of documentation.

Diego Moreno was born in San Cristóbal de las Casas, Chiapas, Mexico in 1992. Since the Spanish Conquest, Chiapas has been a state in Mexico where diverse cultures coexist. Mexico’s border with Latin America creates a space of tension where the passage of undocumented immigrants, the scene of the Zapatista struggle, a place inhabited by indigenous people, the so-called “coletos” descendants of Spaniards, mestizos and foreigners all interact to form an complex social mosaic.

Inframundo is an independent publisher and collective based in Mexico, which experiments with different narrative tools and hybrid production practices in order to produce photobooks. A project of Hydra, Inframundo is Ana Casas Broda, José Luis Lugo, and Ramon Pez.