Waiting for Something Dreadful, I Fear Losing All I Hold Dear

[A Show About Colab] 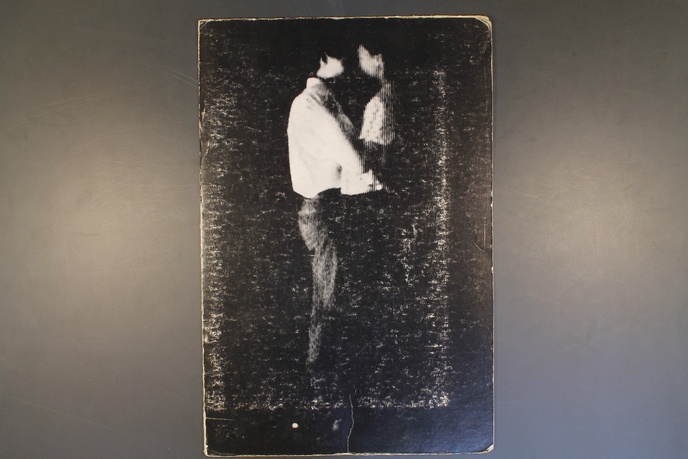 Please log in.
Out of stock
Add to table Facebook Tweet
A small pamphlet inside depicts Glier and wife Jenny Holzer embracing in the darkness, bordered by handwritten lists of cities around the world. Twenty-four pages, one for each hour of the day, present an impressive and moving contrast of loving elegance and harsh anxiety, both personal and political.

A selection of books, posters, and ephemera made by members of the New York City collective Collaborative Projects Inc. (aka Colab), the highly energetic group of young New York downtown artists active from the late 1970’s through the mid 1980’s, including periodicals Spanner and X Magazine, announcements for The Real Estate Show and Potato Wolf (Colab’s cable-access television show), the expanded third edition of Jane Dickson’s Hey Honey Wanna Lift?, and other works by Kiki Smith, Alan Moore, Matthew Geller, Tom Otterness, and others.