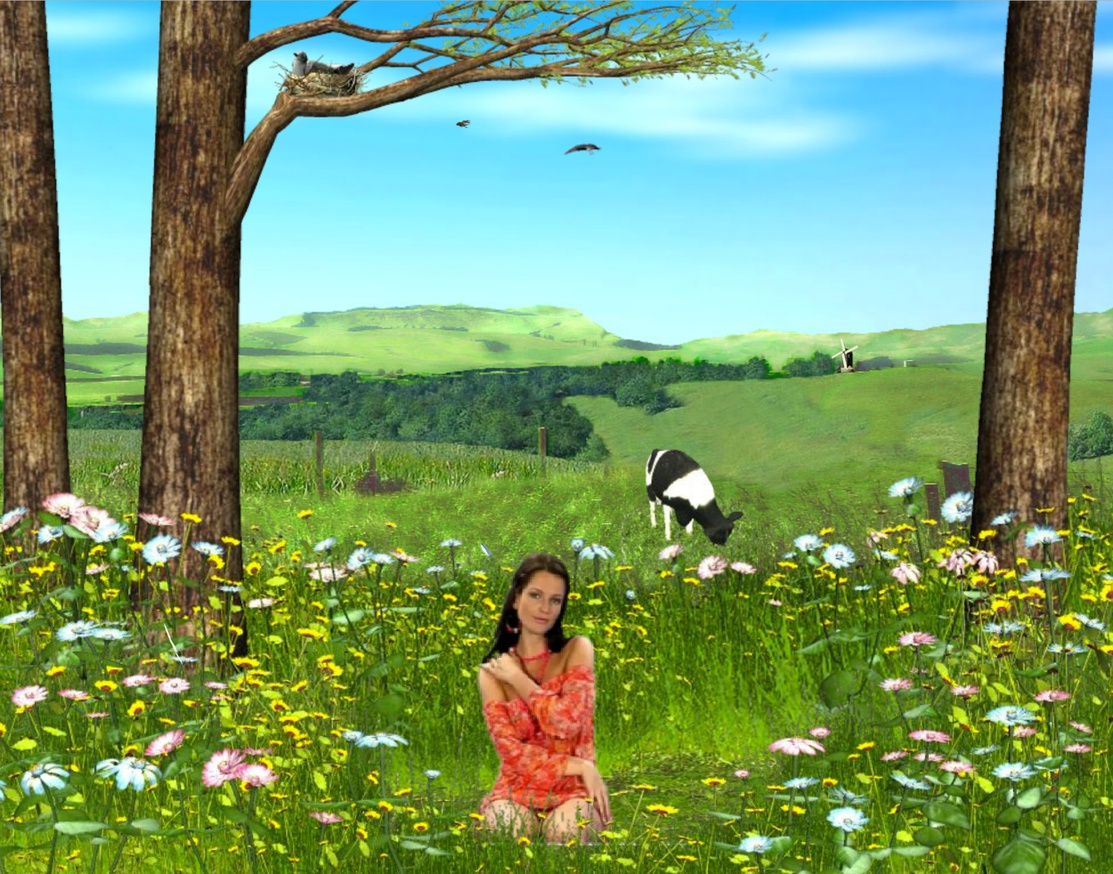 At the center of PAMELA kneels a woman surrounded by pastures and a field of wildflowers. In this pristine agricultural space, which the viewer is invited into directly by female figure’s gaze, Cortright brings together core motifs of Western farm space—a cow grazing; wooden fences; birds nesting; a windmill situated in the distance—creating an illusion centered on idealism, both human and topographic.

PAMELA is a digital painting on hot press rag paper mounted on dibond.

Petra Cortright (b. 1986 in Santa Barbara, California) has exhibited both nationally and internationally at the Walker Art Center, Minneapolis, Hammer Museum, Los Angeles, Whitechapel Gallery, London, Künstlerhaus, Halle für Kunst & Medien, Austria, and the Venice Biennale, Italy. Her work is held in the permanent collections of MOCA Los Angeles, MCA Chicago, and Kadist, Paris, among others.