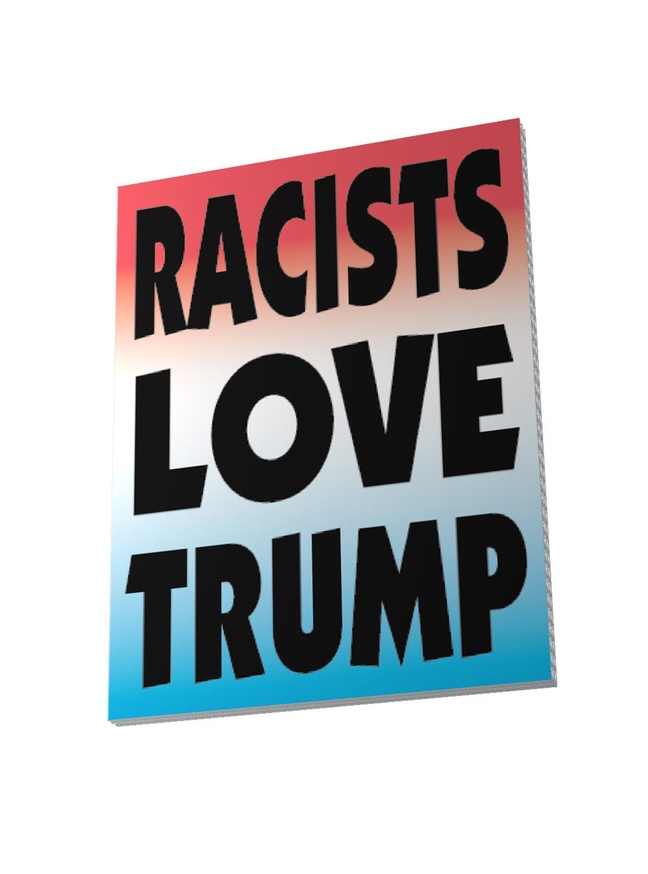 RACISTS LOVE TRUMP is part of the newest trilogy of New Proverbs, an exclusive line of protest signs made by Paul Chan and Badlands Unlimited. The three new signs were made with messages of love following outcry in the comments sections on Facebook and Instagram that the signs were hateful.

The New Proverbs signs first premiered at the history making Million Women’s March in Washington D.C. and New York (January 21, 2017) and have since appeared at the LGBTQ solidarity rally at the Stonewall Inn in New York (February 4, 2017), the General Strike rally in Washington Square Park (February 17, 2017), the ACT UP 30th Anniversary Rally (March 30, 2017), and other public protests around the US.

RACISTS LOVE TRUMP is specially printed on corrugated plastic. The sign is stiff and durable. It is ready to be used in any public protest or town hall meeting you attend. The sign can also be hung in your office or home, to let your friends, colleagues, and neighbors know exactly what you think and where you stand. - Badlands