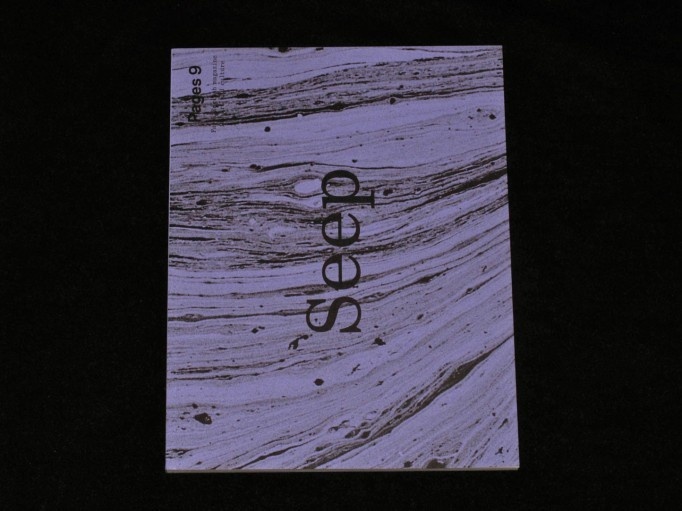 Please log in.
$16.00 ($14.40 for members)
Add to cart
Add to table Facebook Tweet
This issue of Pages assumes seep as a post archival mode: in the Merriam-Webster dictionary the verb 'seep' is translated as follows: to flow or pass slowly through fine pores or small openings, to enter or penetrate slowly, to become diffused or spread.
The biology or politics of seeping is like that of raw petroleum oozing at natural oil seeps. Unlike refined oil, which has sponsored modernization and its aligned archives, crude oil pours beyond historical purpose and defies structural elevations; It instead disfigures the ground through which it dubiously spreads.
Seeping is a posthumous affair. It is the gradual leaking of a long withdrawn interior. Like the bleeding of a punctured corpse, when the pumping of the heart has stopped, when the body is lifeless and apathetic to any 'hail', yet continuing to bleed. Seep as archive is an eternally post-apocalyptic expansion, retraction, deviation, subtraction, or simply the arrival of (non-)things. - The editors