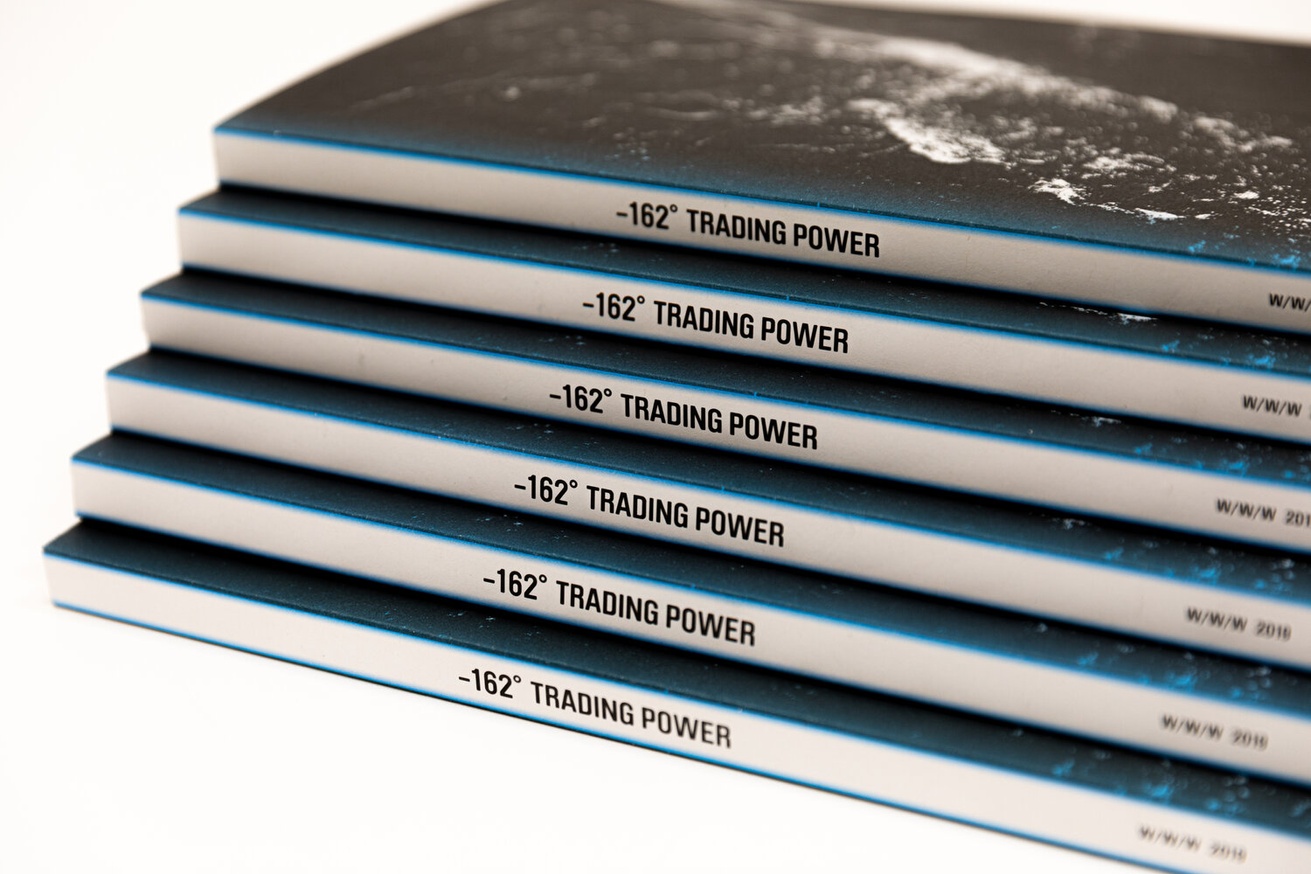 This project explores the economic connections that are driving the rapid growth of Qatar as it prepares for the FIFA World Cup in 2022.

At -162°C natural gas becomes liquid, reducing in volume by a factor of over 600, the key innovation that makes it an economically viable trade commodity. LNG is Qatar’s main export, with Japan being its largest customer.

Bilateral relations between the two countries began in 1972, and the first LNG shipment reached Japanese shores on January 10, 1997. In 2011 Japan’s demand for LNG increased significantly due to the Fukushima disaster and the consequent shut down of most nuclear plants in the country. The need for energy impelled Qatar to step forward and offer Japan large quantities of LNG at competitive prices, a trade that continued into 2019.

The project was conceived as two exhibitions taking place in each nation's capital city, Tokyo and Doha. The exhibitions consisted of 40 inkjet printers suspended from the ceiling, outputting procedurally generated visual content scraped from the web. The array was controlled by custom software that choreographed the printing of text and images to produce diverse graphic compositions.

The book, published by us, is a collection of 162 of the visual outcomes of the exhibition. Chance layering, algorithmic combinations, and glitchy printers come together to produce compelling results.

Special thanks to George Paul, Polie Campiteli and Christopher Buchakjian.