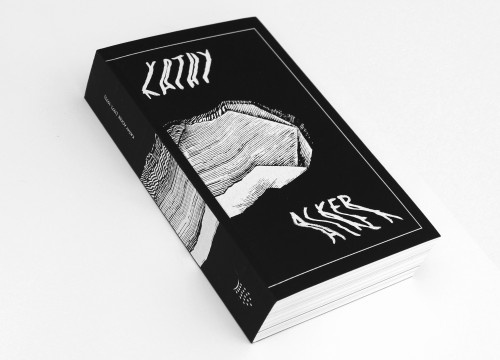 This book is the first attempt to produce a critical edition of a large number of Kathy Acker’s unpublished early works. Apart from the posthumous publication, in 2002, of the early manuscript 'Rip-off Red, Girl Detective' and 'The Burning Bombing of America: The Destruction of the U.S.' by Amy Scholder and Grove Press in one volume, in 2002, as well as Gabrielle Kappes’ chapbook, no other important publication had been attempted in this field.

These—mostly unpublished—texts were composed between 1969 and 1976. Yet they are representative of Acker’s published output only for the period running from 1971 to early 1974. These texts exist as “clean” typewritten copies, probably intended to be kept, shown, maybe even published. The editor chose not to include Acker’s manuscripts. The transcriptions in this volume were made directly from the original typescripts. Original pagination, manuscript addenda, missing pages and other idiosyncrasies of each file have been preserved; our editorial notes at the end of the texts all feature a material description of the source version used.

The organization of this volume is chronological. The texts’ respective date of composition is often the result of an estimate based on their content and form (an estimate that is then justified and defended).

Such a collection shows how prolific, diverse and always in-progress Acker’s production was in those years. It isn’t, however, Acker’s complete early works. More typescripts exist at the Fales Library which aren’t featured or alluded to in this book. Their publication and analysis may in the future suggest a whole new set of interpretations that will, or might not, contradict the present editor’s exegesis. Moreover, the comparison of the typescripts with manuscript versions will undoubtedly inspire new perspectives on Acker’s creative process and intentions during those years.

Yvonne LeBien
Queer and Mumbling Fragments of Philosophical Faggotry
Books
$20.00
Out Of Stock